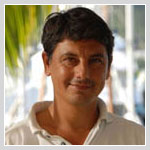 Mark Acosta is an expert Yacht Captain, RYA Yachtmaster and holds a Bsc Honours degree in Economics. He's been working in the Superyacht Industry since 1994 - completing 9 Atlantic crossings, and cruising over 90, 000 miles in Mediterranean, Caribbean, Europe and east / west shore of America... right-up to Alaska. Mark has a well rounded background of professional experience - particularly in the Caribbean region - including intensive chartering, major refits and a thorough familiarity with the island string. Outside their professional work, he could be an enthusiastic sportsman, contending regularly in OECS squash tournaments through the entire countries, and racing frequently on Caribbean cruising regatta circuit. He today puts all his considerable attempts and experience into investigating and composing the annual Superyacht Services Guides on Caribbean. Mail: mark@superyachtpublications.com 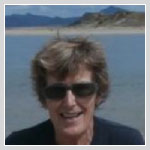 With an RYA Yachtmaster Offshore certification and CordonBleu diploma, Clare discovered work inside Superyacht industry at an early age.Crewing aboard both engine and sail ships she attained large expertise in various different roles... as Deckhand aboard a 65' ketch; Mate aboard an 80' classic; Stewardess aboard a 180' motor yacht, and cook aboard the 1st Superyacht to hold a helicopter on her upper deck! In 2004 she and Joe joined the Superyacht Publications team to carry out analysis for very first edition of this Superyacht providers help guide to the Mediterranean before progressing into the Caribbean Guide. Email: jc@superyachtpublications.com

A marine engineer of 30+ years, Joe has crewed aboard some of the most prestigious yachts of their time and - you should definitely acting as researcher and photographer the Superyacht Service guides - continues to do so now.and many TransAtlantic crossings and hours of shoreside extensive refit projects, their CV includes a four year spell as professional towards Jaguar Offshore Race Team into the U.K, providing him all the correct broadbased knowledge to essentially understand the requirements regarding the Superyacht market. E-mail: joe@superyachtpublications.com 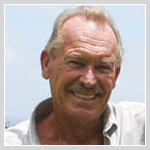 Produced in Canada and raised in Victoria BC, Jane was introduced to sailing in middle 1970's in Malta, where she sailed for the Mediterranean regarding breathtaking 1936 Fife ketch Eilean. She then crossed the Atlantic for Antigua, where she chartered through the Caribbean Island sequence as first partner and chef onboard Eilean, for 8 many years. She moved ashore in Antigua in 1982 and worked at the Antigua Yacht Club for 4 many years as Restaurant management, through to the beginning of the woman boy Jareese in 1986. Jane worked for an area newspaper as a journalist, a trip Rep in Cruise Tourism and kept the woman fascination with Yachting alive, being definitely tangled up in numerous regattas and working with all the Antigua Charter Boat Show for a long time. Jane today writes and researches when it comes to annual Superyacht providers Guide Antigua & Barbuda chapters. E-mail: jane@superyachtpublications.com

Andrew Blatter was in the Superyacht Industry since 1988 - when he initially 'walked the docks' for the Club de Mar, in Palma, trying to find a passage western! Ever since then, he's got sailed throughout the world and completed six TransAtlantic crossings in the capability as pro Captain. He's their STCW '95 MCA Class IV Master for yachts around 3000 tons and is an RYA Yachtmaster Intructor. Whilst situated in Palma for many years, with his wife Caroline, he was able refits and surely got to feel the marine business first hand, chartering through the entire Med to Cyprus. A prominent new build off Southampton took them towards Caribbean for a couple of many years, and soon after whilst based indeed there by himself ship along with his youthful family, he started writing as 'World Correspondent' for Boat Overseas. Having sailed up-and-down the Caribbean island chain chartering and on unique motorboat, they've substantial knowldege associated with islands. In 2002, they proceeded to set up Superyacht Publications, which now posts five Guide Books. Andrew not just researches and writes the Spanish Chapters associated with the Mediterranean Guide, but is publisher of all Superyacht providers Guides, and is based in The united kingdomt, together with family. Email: andrew@superyachtpublications.com 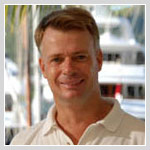 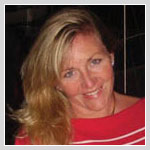 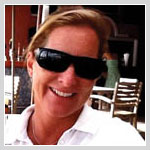 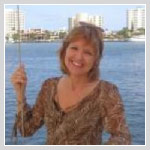 @ralphDrussoAP @MatthewGaylor @jwsowards well byu can handle charters in provo and an then SLC international is 45 minutes by freeway Thu, 8 September 2016 12:31 AM