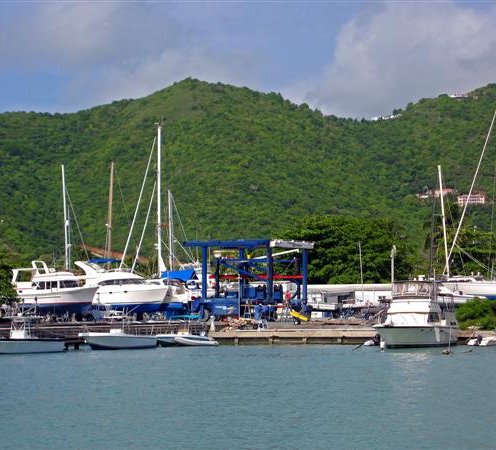 1980 was a rather considerable 12 months for Brit Virgin Islands (BVI)-based Mike Masters. It had been the year that the boat trade boomed; also it ended up being the entire year that Nautool Machine Ltd. ended up being included. Definitely, both are inextricably linked.

In 1979, having only read in Fordors that a tired little archipelago called the British Virgin isles ended up being planning to be a sailing Mecca, a Mike Masters packed all he owned into one suitcase, purchased himself an admission and trigger. He thought the BVI could be a great spot to arranged a sailing school, and he envisioned somewhat 'put-up' outfit running off among Tortola's pristine beaches.

Various beverages into the Village Cay Marina club with one Alby Stuart of Tortola Yacht providers wiped out all ideas of his little beach-hut cruising college once and for all. Alby had found that Mike had a background in technical design and metalworking, and was believing that these skills had been likely to be quite definitely needed in Tortola's new(ish) yachting industry. He helped Mike discover a workshop near his boatyard and helped him get some good resources for their trade. It’s 25 years on and Mike has never checked right back!

These days, Nautool has between 8 and 10 employees, most of them lasting, and all sorts of of them have actually learnt from Mike into the art of metal shaping, design and usage. Their Assistant Manager, Geoffrey Marchant, was using the business for nearly seven many years. He has known Mike because they served an apprenticeship together in the tender age 15.

"We make a great group, " claims Mike. "Design-wise, he's the greater officially minded associated with two folks. We are generally the free-hand thinker. Together, though, we have managed some great projects in many different materials, all with extremely very good results."